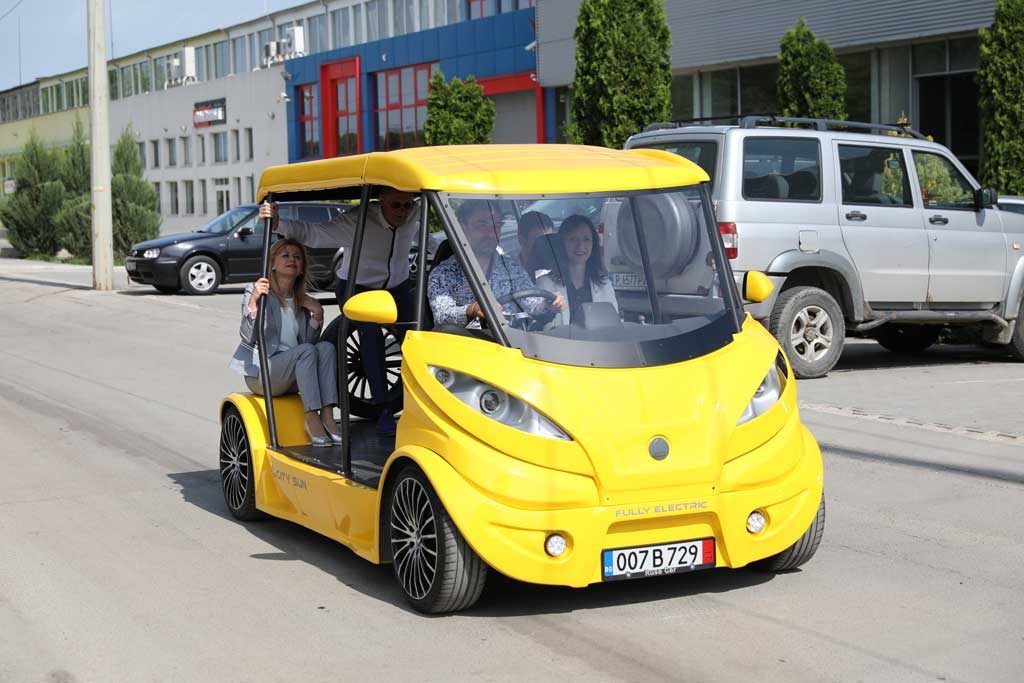 Mariya Gabriel and Andrey Novakov, candidates from the list of GERB and UDF for the European Parliament elections, visited the Rousse manufacturer Sin Cars. The theme of the visit was cyber security in the autonomous cars.

“It is very important when we talk about cyber-security and artificial intelligence, first of all, to put the person who controls the system from start to finish, in short, the man to remain the process manager.”

The leader in the GERB list for the European elections also added that Rousse is one of the cities where it can be clearly seen how they are kept the data collected from unmanned vehicles and also the tracking of the whole process in which the artificial intelligence takes the decisions. The ethical principles of artificial intelligence were announced by Maria Gabriel three weeks ago in the European Parliament, as they are in the sphere of human control and autonomy, diversity and data, transparency, data security and security, privacy and protection of privacy, social, ethical and environmental well-being and responsibility.

“I am delighted that Rousse has an entrepreneur – an innovator who is working for the future, and part of it is the autonomous cars,” she remarked during her visit, expressing her support for Mr. Daskalov’s visionary experience.  Maria Gabriel also added that a European platform would be set up where unmanned car experts could exchange experiences.

Mr. Daskalov presented to the candidates for MEPs Maria Gabriel and Andrei Novakov the first developments related to racing cars, also the road version of the SIN R1 as well as the SIN R1 GT4. Together with the SIN R1 VTX, the GT4 series is part of the racing scene across Europe, Australia and America. The two MEPs also had the opportunity to test the cars.

Mr. Daskalov also shared the information that Sin Cars is preparing a high-tech factory to produce electric and hybrid cars here in the city of Rousse, which will be located on 6,000 square meters. The project is expected to have an investment of more than BGN 10 million, which will reveal from 50 to 100 new job positons. The project should start in 2020.

The new L-City production line is equipped with an annual capacity of 20,000 vehicles. Also, thanks to the optimized manufacturing process, cars can be assembled quickly and easily using standard materials.

Mr. Daskalov added that one of L-city’s leading objectives is the cause of environmental protection by reducing urban emissions and creating a healthier living environment.

SIN CARS with a partner for Benelux

The next L CITY electric vehicle is ready and today travels to its new owner in Munich!