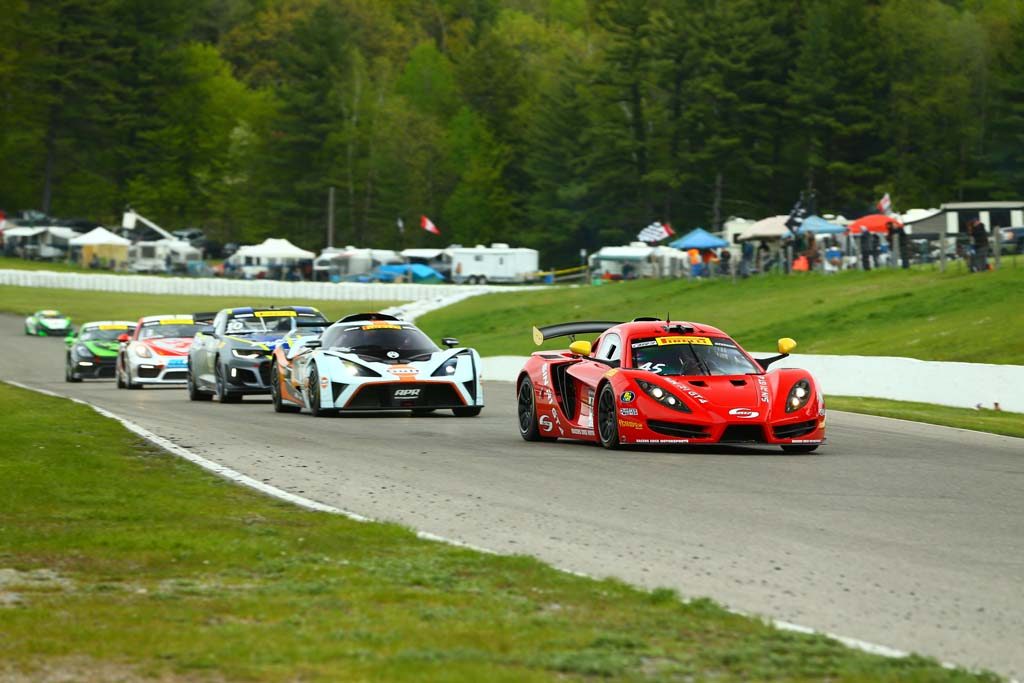 Scott Heckert (No. 54) with Sin R1 GT4 won the second race of the 19-th round from Pirelli World Challenge at Mazda Raceway Laguna Seca.

22-year old engineering student from Ridgefield, Conn. started from pole position with Sin R1 GT4 and left the veteran Andrew Aquilante of Chester Springs, Pa., ( No. 37 Calvert Dynamics/Phoenix Performance Ford Mustang Boss 302) behind him. Despite the serious pressure from Aquilante and nose-to-tail battle at the end of the race the young pilot of Racers Edge Motorsport managed to take the victory with 1.101 second in front of his competitor and deserved his place on the podium.

Sin R1 GT4 didn’t manage to finish the first race due to technical problems, but the mechanics of the team made their best and the performance of the car on the second race was flawless.
In addition to the first position podium Heckert also took Cadillac Best Move award.

Due to the unofficial rating Heckert finished the season 2016 of Pirelli World Challenge on 5-th place overall in his class.