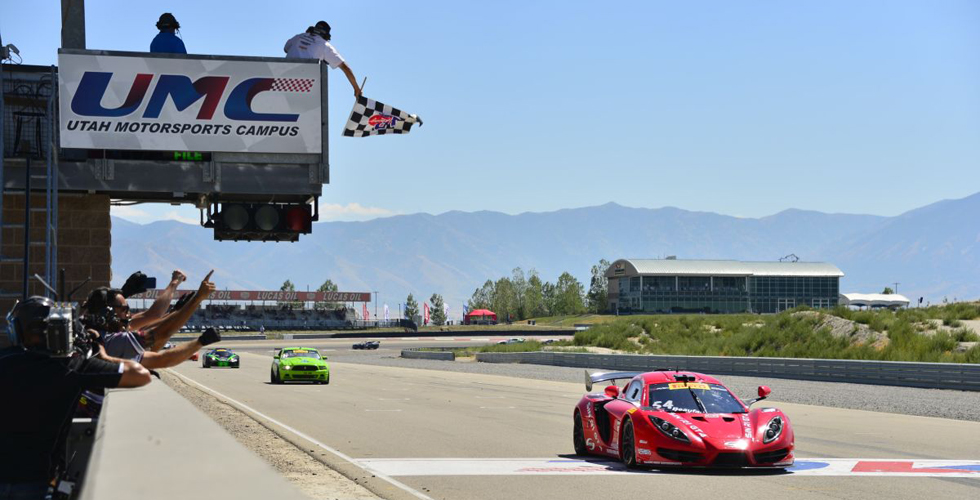 Scott Heckert, driving the No. 54 SIN Cars/Racers Edge Motorsports SIN R1 GT4, converted a forth starting position into the top podium spot in GTS Round 15 at the Grand Prix of UMC presented by Energy Solutions. Owasso, Okla.

Of his first Pirelli World Challenge win, Heckert explained, “Luckily I was in the row that didn’t stall at the start. We were thankful that happened because they had tremendous pace. That took away the top guys who were from Saturday’s race. We got lucky behind us because they were racing among themselves and I could open a gap. I was pushing as hard as I could to maintain that gap.

On the first competition on Saturday Scott started from pole position but had a setback on a restart and dropped way back, then fought hard to finish fourth. Scott drove his heart and the car was flawless, but lost too many positions on that restart.

The next challenge for Racers Edge Motorsport and Sin R1 GT4 will be on Sonoma Raceway on 18-th of September.