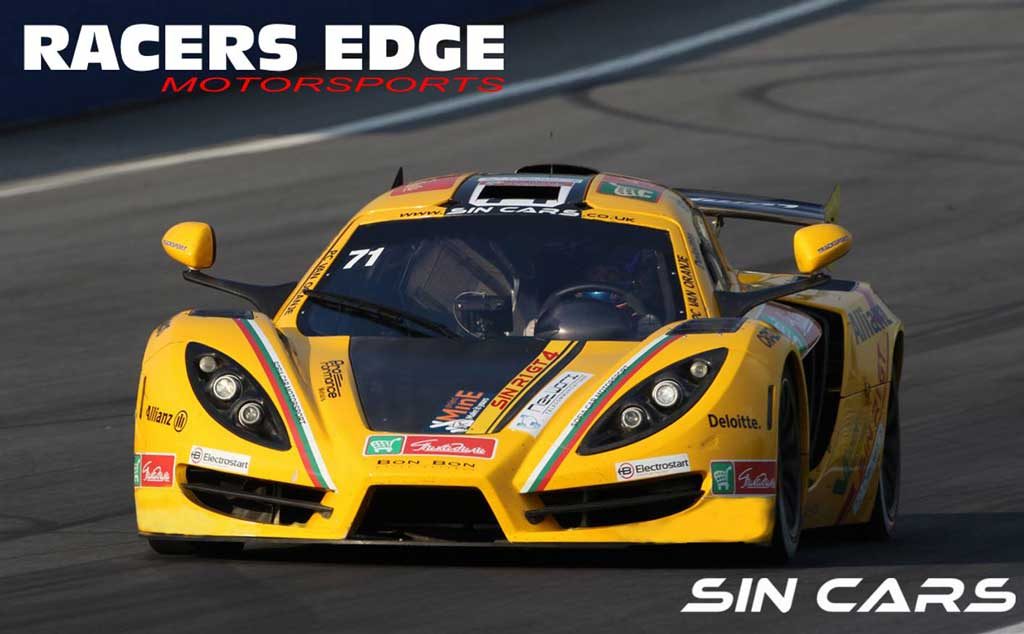 Racers Edge Motorsports is excited to announce they will join the Pirelli World Challenge Series in 2016 with the team competing in the GTS class with the all new SIN R1 GT4. Racers Edge already has two cars on order and in addition to competing, will be the exclusive North American distributor for SIN CARS.
Team owner Jon Mirachi had been looking for a new opportunity for his team and a way to become more directly involved in the Pirelli World Challenge. “We’ve provided support for other teams in Pirelli World Challenge and were looking for the right situation to enter with our own program. When we saw the SIN CAR and looked into it, we were hooked! The car’s concept seemed about perfect to me; both from the driver’s perspective and from the team’s, so it was a very easy decision for us – this was our ticket to the Pirelli World Challenge Series.” Driver lineups are still in development and the team plans to hit the track with testing in October.
Racers Edge Motorsports is a professional racing team and race car preparation operation with an extensive history of success, both on the track and in business. Winning races and capturing championships for over 25 years, their technical knowledge and attention to detail in the preparation and development of race cars is second to none. The team operates from a home base in DeLand, Florida.
SIN CARS is a European based manufacturer of both race and road cars. The SIN R1 GT4 is the first race car to be available and is based on the SIN R1 road going sports car. Already on sale in Europe, the first product available in North America is the SIN R1 GT4 race car. Additional models will be available in the future through North American partner, Racers Edge Motorsports. Through cooperation between the two companies, SIN CARS will develop and establish their brand and vehicles in the North American market.