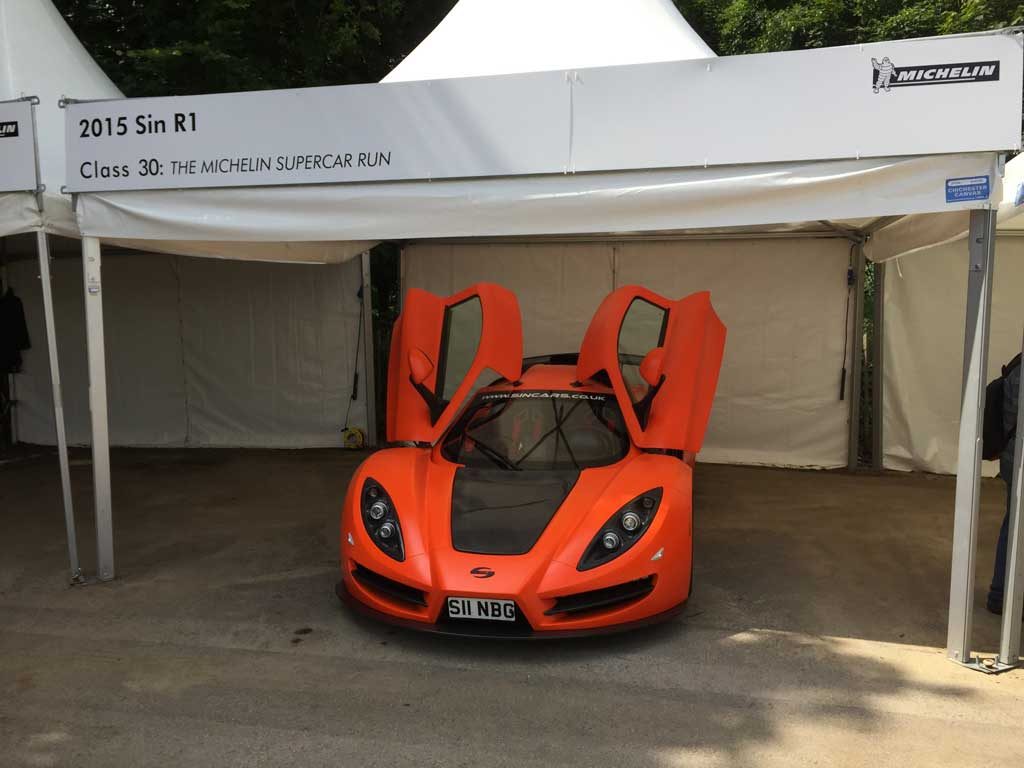 Sin Cars UK and Pro Formance Metals have been selected to run at this year 2015 Goodwood Festival Of Speed on 25th – 28th June  with the all new Sin R1 Road Car.

This year’s event will be bigger and better than last year with press travelling from over 60 countries, The Sin will be in action on the hill and to be included in the timed event on Saturday.

The Goodwood Festival of Speed is an annual hill climb featuring historic motor racing vehicles held in the grounds of Goodwood House, West Sussex, England in late June or early July. The event is scheduled to avoid clashing with the Formula One season, enabling fans to see F1 machines as well as cars and motorbikes from motor racing history climb the hill. Thanks to the event’s classification as a hill climb, its location and desire to reflect the style and history of motor sport, visitors are afforded close views of the action – separated only by a few metres and reinforced straw bales from the track. Visitors are free to walk around several paddocks where the cars and drivers can be seen at close quarters. The atmosphere of the Festival of Speed, when compared to the separation of fans from drivers and machines common to most top end motor sport events, encourages participation by the fans.

In the early years of the Festival, tens of thousands attended over the weekend; it currently attracts crowds of around 100,000 on each of the three days it is now held. Attendance now is capped at 150,000.

SIN CARS at the opening of the new Traum Motorsport Garage