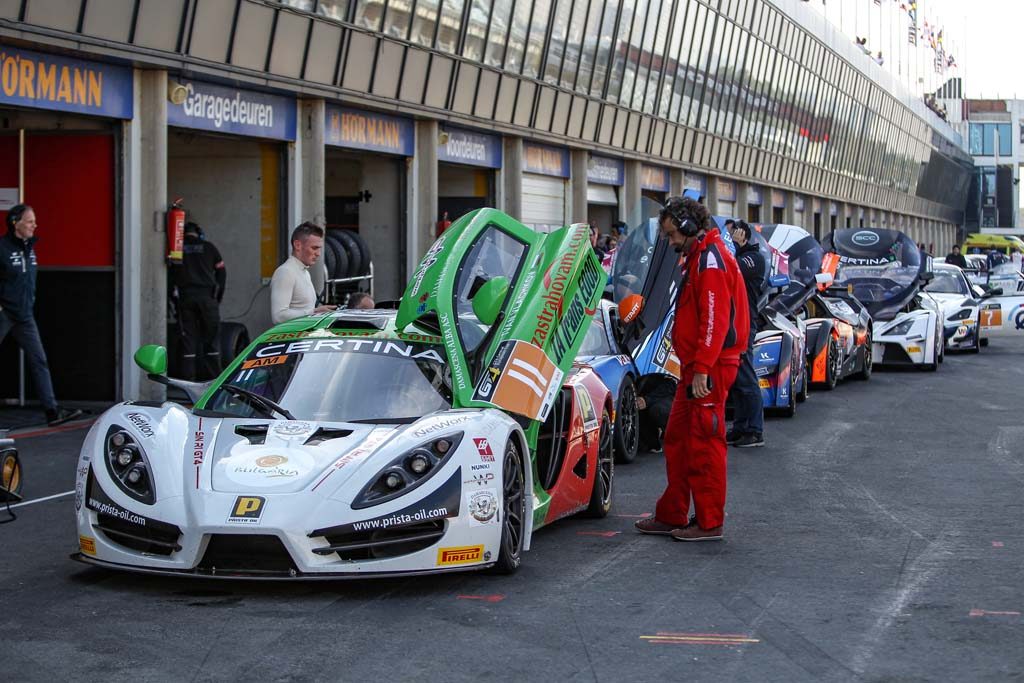 Third and second position in both races from the round in AM class got young Romanian pilots Sergiu-George Nicolae and Anton Eduard on the podium in the last weekend of the season.

Although the pilots of Sin R1 GT4 also faced some problems in the first race – flat tire and slight damages due to contact with another car, they manage to finish 3rd in AM class and 9th overall.
The second race was not less interesting. A crash on the pit straight, however, resulted in a safety car, then the race director decided to red flag the race and order the cars back into the pits. After the stranded cars had been removed and the track had been cleaned, the race was restarted.

The race in the AM class was intense but the pilots of Sofia Car Motorsport made their best and took the second position in the class and 9th overall and had second podium for the day.