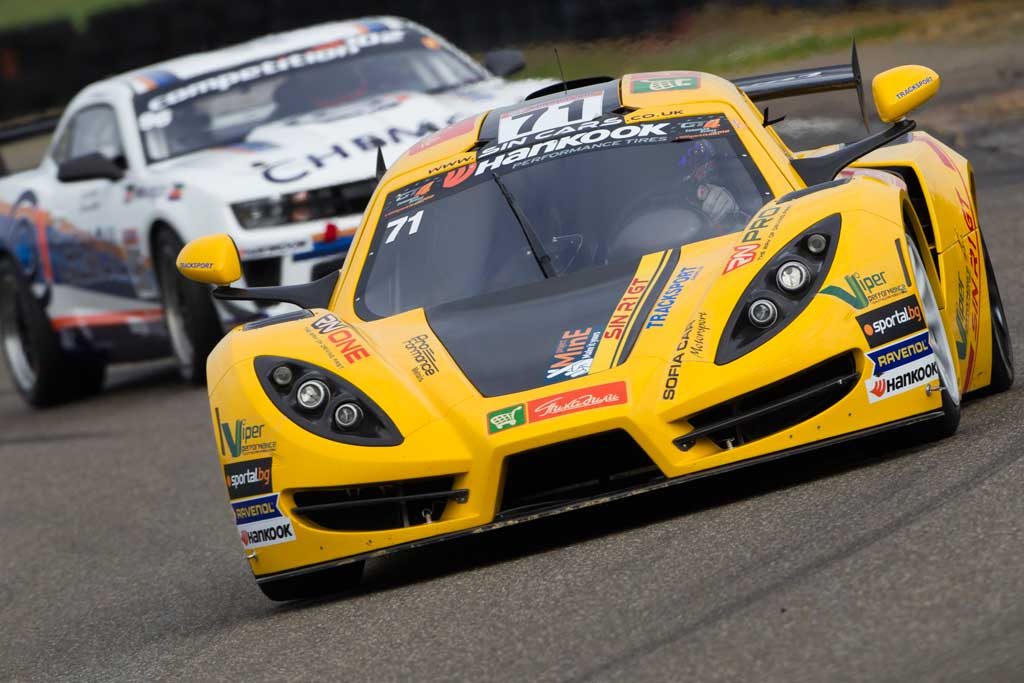 Despite bad luck in both races, pilots of Sofia Car Motorsport had a worthy performance on this first race of the European GT4 series on 5 and 6 April on Nogaro, France.

The other SIN R1 GT4, with pilots Grigor Grigorov and Ivaylo Tzonev couldn’t classify due to technical problem.

In the second competition, Still started from third position, but after an accident with Mustang FR500C, while fighting for the second place, he couldn’t finish the competition.

Ninth position took the other SIN R1 GT4 in the second competition.

Congratulations and for the other Bulgarian pilot on Nogaro, Pavel Lefterov, with Lotus Evora GT4 who finished on 8-the place in the first and 6-th place in the second competition.

Sofia Car Motorsport’s pilots had great experience in this first competition for the team and the cars and nevertheless they were lucky enough to go back healthy and ready to continue with training for the next competition in Zandvoort, Holland – 22-24 of May.

The competition was very useful for exploring the car, the track and competitors to achieve increasingly better results in the near future, explained from Sofia Car Motorsport.

Sofia Car Motorsport expresses great thanks to the team manager, pilots, mechanics, organizers of GT4 and numerous fans and expects to have such productive cooperation in the future.