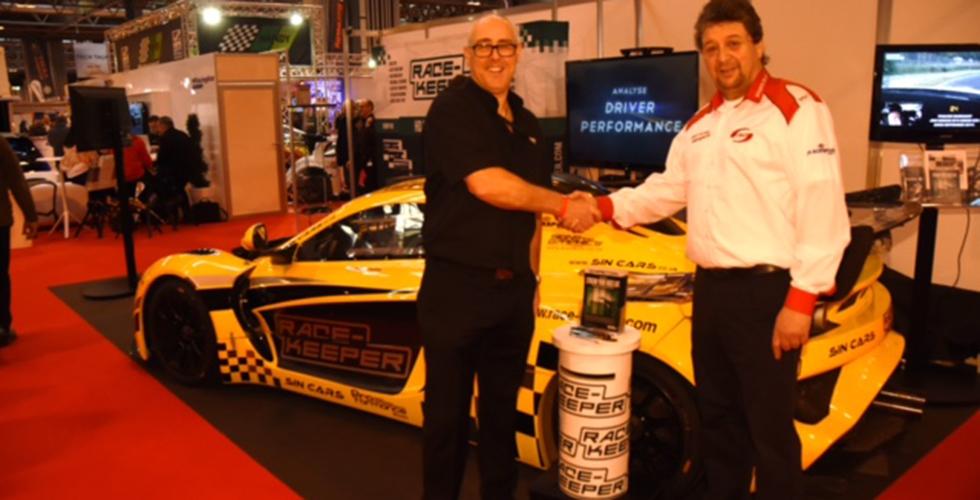 Autosport International 2016 is already in history and it was an amazing show for Sin Cars and Race Keeper. As Sin R1 GT4 was presented on the stand of Race Keeper both brands caught the eye of the visitors with innovative look and quality performance.
But those who were on the scene tell us more about this great experience.
Mathew Poat from Race Keeper, the host of Sin R1 GT4 on the show, Phil Matts, our partner from Proformance Metals and Gordon Davies, from Tracksport shares their impressions from Autosport International 2016.

“The Autosport International Show 2016 show was one of the best shows for many years with lots of visitors from many countries all looking to work with UK Companies, racing drivers attending to sign up to race series with some excellent grids forming for the 2016 season.” Says Phil Matts form Proformance Metals when we asked him what his impression of Autosport International 2016 was.

Mathew Poat added that Autosport was great show for Race Keeper as the only company able to supply a multi-camera HD video data system from stock with over a years’ worth of on-track running to prove its reliability.

Gordon Davies from Tracksport pointed that this year the show have been very busy and the standard of the exhibitors stands where very good with some very interesting new race cars and products.
The Sin R1 GT4 was a very good display on the Race Кeeper stand and both the Sin and the Racekeeper product attracted a lot of interest, he added.

“The Sin R1 GT4 Race car looked very impressive with its Yellow and Black colors, catching the eye of many spectators and other exhibitor. The Sin R1 GT4 was an eye catching piece of machinery with many enquiries and photographs taken, Race Keeper were promoting the new camera systems for motorsport / automotive use and they advised the car was a bigger draw than the technology they were promoting.” told also Phil Matts.

When we asked Phil Matts which the most memorable moments of the show were, he said that he was very impressed when a New Super Car company Arrinera posted on social media, “we look forward in meeting Sin Cars on the Track”.
Gordon Davies said that many teams and race drivers expressed interest in testing the R1 for possible future ownership.

Autosport was very successful also fro Race Keepr as a lot of people deciding to switch from VBox to Race Keeper as they are unable to deliver a multi-camera HD system before the start of the racing season, and they all want to go testing, says Mathew Poat.
“Next year, I believe Race Keeper will either move into the Engineering Show (Thu-Fri only) or share the cost of a bigger stand in the main hall with another company (such as McMillan Motorsport, who are a dealer for Race Keeper).” he added.