The last few months have been very exciting for us. We stopped sending our newsletter for a while and the only reason for that was the efforts of all the people from the SIN CARS team were put in the activities related to the production of L CITY. On one hand – we have acquired new suppliers, signed contracts with each of them, organized deliveries and supplies of materials … On the other hand – we optimized the production process, further improved some components and details … And many other important tasks, which aimed to make our electric car even more modern and meet all up-to-date requirements for this type of vehicle.

Here is the latest from the past month:

The next L CITY leaves for Germany

Another L CITY electric car from our small series was manufactured and left for its new owner in Munich, who is our potential partner for Germany.

We are pleased to share that in recent months we have managed to make additional improvements in the car,further optimized the assembly process and improved the workmanship of many of the details. The operation of the software has also been improved – with the addition of two new driving modes, the car now meets all requirements and modern parameters.

L CITY this time is made in the Pickup variant. Its cargo compartment is made entirely of aluminum and weighs less than 200 kg.

The reviews for L CITY from our international consultants who have visited us in recent months have been excellent.

SIN CARS with a partner for Benelux

SIN CARS INDUSTRY JSC has signed preliminary agreements for the supply, import and distribution of L CITY electric vehicles for Belgium, the Netherlands and Luxembourg. The contract covers all L CITY models, as well as spare parts and additional components under the L CITY brand. The two parties of the agreement are in the process of clarifying all the details of their future cooperation, and the final distribution agreements will be signed by the end of the year.

SIN CARS INDUSTRY JSC received a patent for an invention with Reg. № 67420 B1 for “multifunctional platform for a multifunctional electric vehicle for urban environments”.

This was an important event for us. After nearly a year and a half of research, discussions and detailed reporting of every detail of the platform, we were able to show the uniqueness of our invention and get a positive decision from the Patent Office of the Republic of Bulgaria. 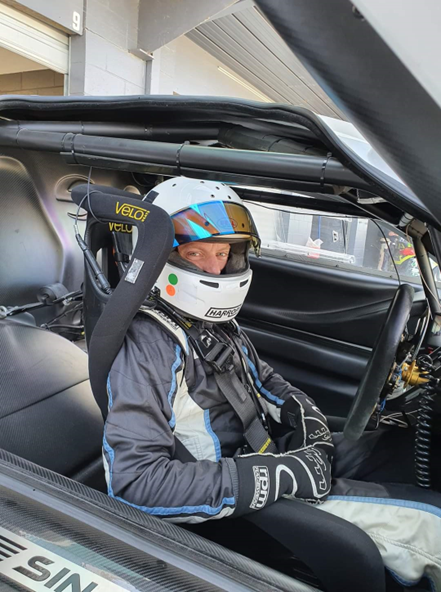 The Bulgarian supercar SIN R1 GT4 once again won the golden podium in the third round of the Victorian State Race Series, held on May 14-15 in Melbourne, Australia. Since the beginning of 2018, Richard Bendel’s team has been competing with the supercar manufactured by SIN CARS Industry JSC. The team and the pilot Ben Schoots achieved another great success in a race with some of the biggest in the industry. Our SIN R1 left far behind not one, but two Porsches. The commentators of the competition called it the “mechanical miracle” in this competition.

If you want to watch the whole competition, you can find it here:

After a two-year interruption of live races due to the COVID pandemic, the Bulgarian racer Ivan Vlachkov is again on the European track with the SIN R1 GT4 supercar produced by SIN CARS. On June 4 and 5, he competed in the ESET Cup Series at the Red Bull Ring in Austria. On the first day, he ranked 4th in his GTX class and 27th in the overall standings. On Sunday, he finished 4th in the GTX again and rose to 22nd place in the overall standings.

Congratulations to Ivan and his team from all of us at SIN CARS! Best of luck!