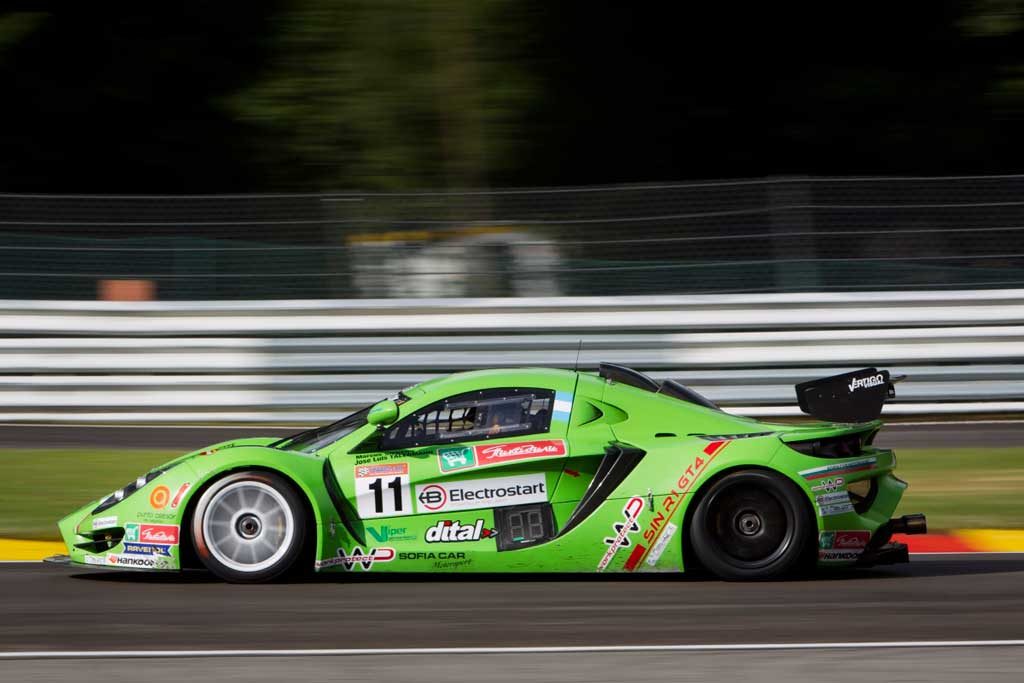 A small accident during the GT4 European Series in Circuit Spa-Francorchamps in Belgium prevented young driver Jose Luis Talermann to finish with a better time. The team competed in the fourth round with only one pilot due to the absence of the Dutch Prince Pieter-Christiaan Van Oranje who was Talermann’s partner in the SIN R1 GT4. Sofia Car Motorsport’s Pro pilot Hendrik Still drove in the German championship in the same weekend. Talermann showed potential and good timing during the free practice but was unable to reach the podium. In the previous two races he performed very well with second and third place in his class. The team begins to prepare for the next challenge in GT4 – the unique German circuit Nürburgring.
This week the road version of the car SIN R1 RS will be presented at the Festival of Speed in Goodwood, England.