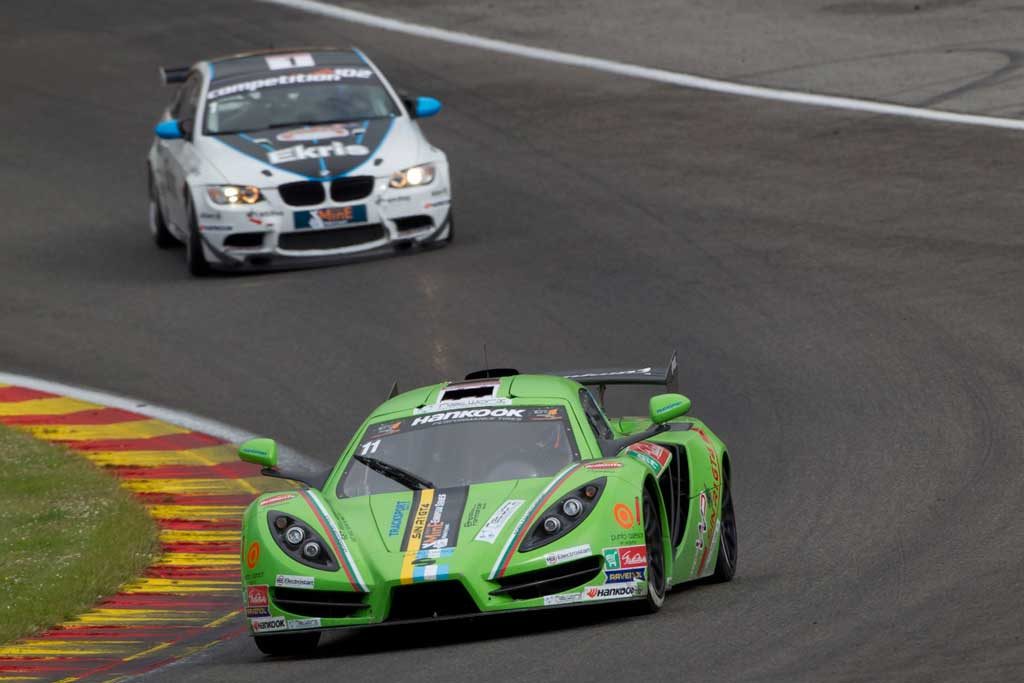 For some of the drivers the seven kilometers Belgian track was quite new. José Luis Talermann from Argentina enjoys his first full year of motorsport in Europe after having competed in karting and Formula Renault 1.6 in South America. To race at legendary tracks like Spa-Francorchamps and the Red Bull Ring, the 25-year-old feels privileged to gain experience in the Competition102 GT4 European Championship with Sofia Car Motorsport, driving the Sin R1 GT4.
“I like the track as it is very technical, but much more difficult than the Red Bull Ring. Especially the Eau Rouge corner is a challenge and you have to take that with great precision,” said José Luis Talermann who saw the barriers from up close. “In practice I lost the car and went straight for the barriers. Luckily I was able to put the car sideways to slow it down, so the impact wasn’t great.”

The next round of the GT4 will be held on the extreme track Nürburgring in Germany between 14th and 16th August. All fans are invited to join us!