Season 2017 of European GT4 series starts at Misano in April 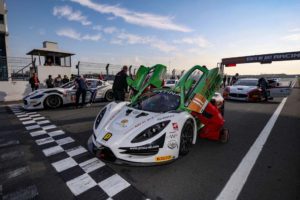 Only after a couple of months is about to begin season 2017 of European GT4 series.

The beginning is at 2nd of April at the well known circuit Misano (Italy). The second competition will be a month later on 7th of May in England, at Brands Hatch circuit. Red Bull Ring (Austria) will be host of the third competition on 11th of June.

On 16th of July the competition continues at Slovakia Ring (Slovakia).

In the midst of the summer Holland is host of European GT4 series at Zandvoort circuit on 20th of August.

The closing of the season will be on 17th of September at the legendary circuit Nuerburgring (Germany).