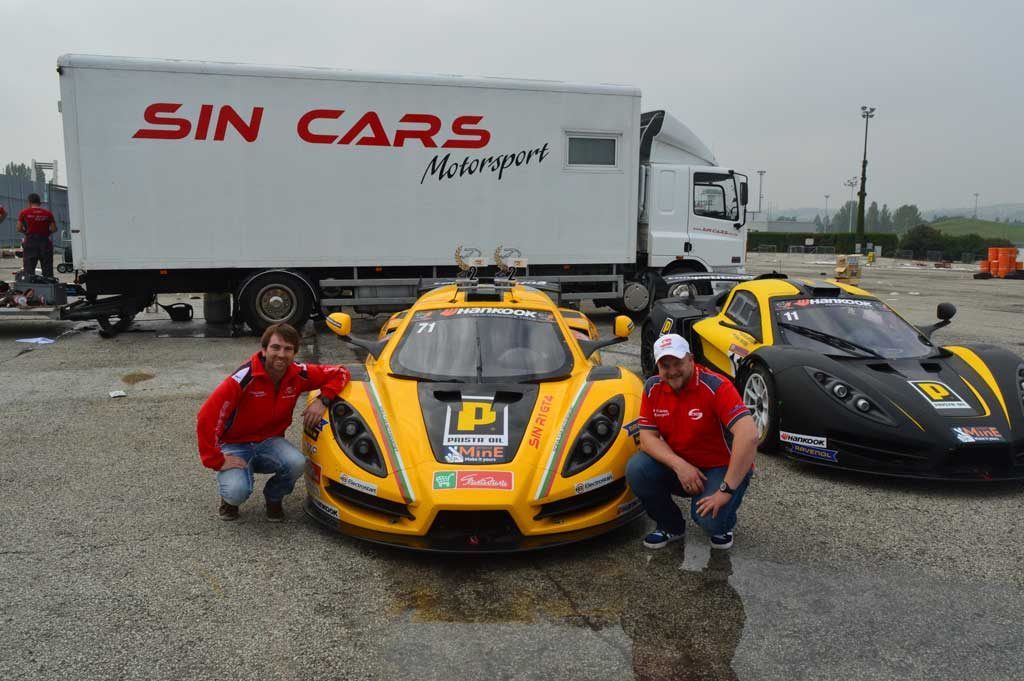 The end of the season in GT4 European series was more than successful for SIN Cars and Sofia Car Motorsport. From the beginning of the second competition Still/Guelden with SIN R1 GT4 showed that the wet track and tough conditions will not be a problem to see one memorable performance.

Sofia Car Motorsport’s car started from second position on the grid and performed very well during the whole competition. After challenging race in the last laps with KTM X-Bow GT4, SIN R1 GT4 finished on the second place in class PRO.

The podium for Sofia Car Motorsport and Sin Cars in this last race for the season 2015 shows that the team has done great job during the season and makes serious request for even better performance in the next one.

Sofia Car Motorsport team expresses great thanks to the pilots, mechanics, fans and all friends for the support and faith in the team during the whole season.