Sin R1 GT4 after first round of GT4 European Series

Sin R1 GT4 after first round of GT4 European Series 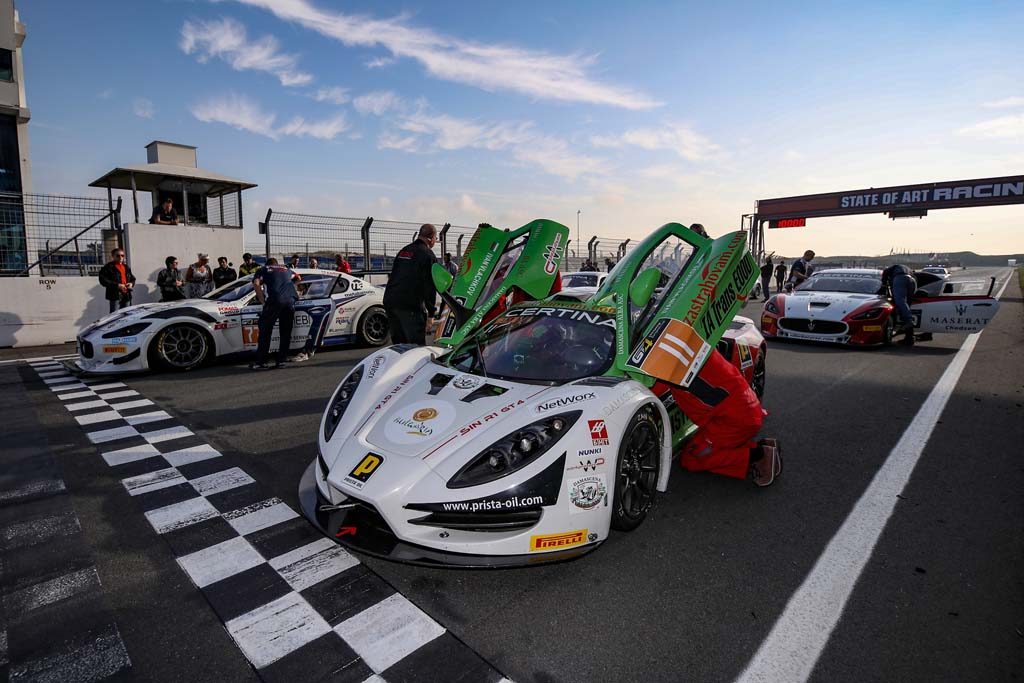 The race leader Andreas Guelden with SIN R1 GT4 was taken out of the Sunday race by a sudden break down in the alternator. Sofia Car Motorsport and Mathol Racing and the CEO of SIN CARS International dipl. Eng. Rosen Daskalov were announced by the fans at Monza the best team with the fastest car.
After the best lap times in the free practice and the pole positions in the qualifications for the first race of the GT4 series, Sofia Car Motorsport and Mathol Racing started the competition with a penalty of 15 seconds additional time in the pits, during driver’s change, and 65kg ballast weight.This resulted to 2nd place in the first race on Saturday.
Andreas Guelden ran the white line on the way out of the pits and to Sofia Cars Motorsport and Mathol racing was issued another penalty. This time additional 30 seconds and our teams moved back to 8th position.
Meanwhile in Pirelli World Cup Challenge in Birmingham, Alabama, two SIN R1 GT4 took two gold trophies, one 4th and one 5th place, proving that they are among the fastest cars in their class.
For the first time Sofia Car motorsport and SIN CARS partner with Mathol Racing. Mathol Racing is a multiple time champion in the VLN series (Endurance Series on Nurburgring) as well as on the 24 hours on Nurburgring.

No votes yet.
Please wait...
Voting is currently disabled, data maintenance in progress.