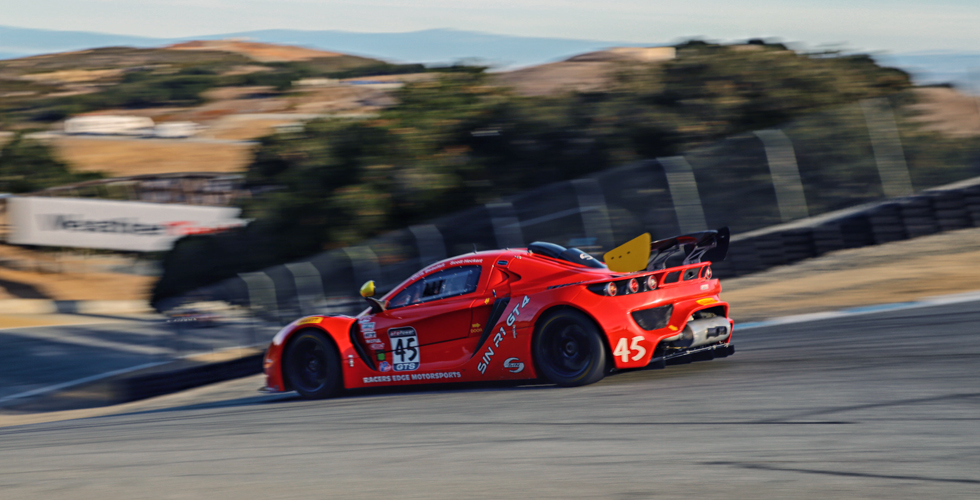 With two gold trophies over the weekend, Racers Edge Motorsport raised the bar for their competitors.

The race took place at Barber Motorsports Park at the Grand Prix of Birmingham presented by Porsche, part of the 7th annual Honda Indy Grand Prix.

With two pole positions for both runs on Saturday and Sunday, the new driver of Racers Edge Motorsport Jade Buford, took two gold trophies with Sin R1 GT4, and his team mate Scott Heckert, finished consecutively 5th on Saturday and 4th on Sunday.

The Saturday win of Buford was more than dramatic, after the car stalled at the start. Yellow flag was on and the race got restarted in lap 3. Jade Buford had to start last and demonstrated last-to-first victor. By lap 27, he made his way through to the leading position .

“The start was a rookie mistake on my part,” said Buford. “I really just psyched myself out with the standing start. I knew what to do and I had practiced numerous times. A thousand times in my head. Coming from IMSA, we only have rolling starts. I saw the lights go out and I said to myself to go. I just didn’t hear go in my head. I just made a rookie mistake and I’m sorry for the series and the other drivers. Luckily the SIN car is an amazing machine and the team gave me a strong car. I was able to keep the tires under me and stay patient as I was driving through the field. The car is as good as it can be right now. Scott (Heckert) looked like he lost it but I couldn’t really see what happened on his spin. I was trying to be as patient as possible as I was coming through the field. I just basically kept asking forthe gap to the leader and my pace. I just kept my head down and attempted to run the best laps I could. I kind of know how to pace myself with this new SIN car. But I could see how you could burn off the tires pretty easily with this car too. I knew everyone had their own battles in the field and everyone gave me a lot of respect today. I tried to give them that respect back too.”