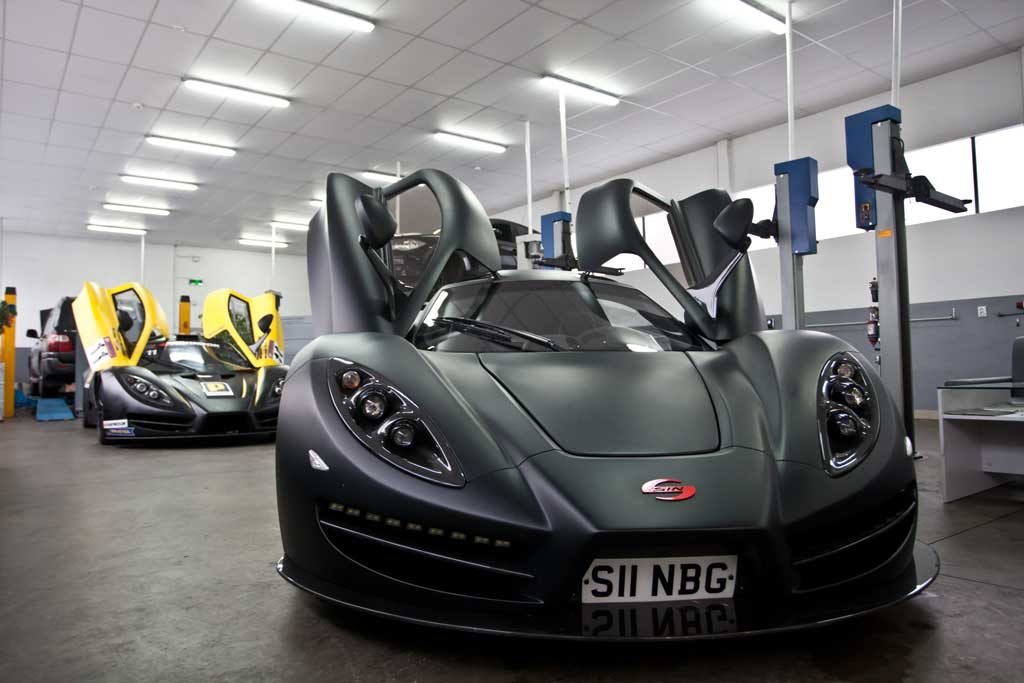 The event was attended by many guests, journalists and friends of motorsport.

Rosen Daskalov made an overview of the season 2015 for “Sofia Car Motorsport” in the European GT4 series. He presented all the competitions of the season, the great work of the team and drivers, the success and the difficult moments and also the plans of the team for the coming season 2016.

Mr. Daskalov expressed his gratitude to the sponsors who supported the team during the season, as without their support this performance wouldn’t be possible: Prista Oil, Electrostart, Networx, Piccadilly and the company made the racing clothes Workprotect.

Official guests of the event were Plamen Bobokov, Chairman of the Board of Prista Oil and Ilia Chubrikov, doyen of Bulgarian motorsport and longtime racer.

Mr. Plamen Bobokov said that he has followed the development of the project from the very beginning and at first was very pessimistic, but the results, persistence and the hard work of the team has made him believe and help the project. He also said that he hopes to see the Bulgarian flag waving proudly on the tracks all over Europe and declared his support of the team for the next season.

The famous racer and manager of the team “Sofia Car Motorsport” Vladimir Iliev, said that this season has been a big challenge for both the team and the cars. The Bulgarian car competed with all traditionally powerful brands in the class and deserves the appreciation which had in the world elite. This is proved by the two sent cars which will be driven in US Pirelli World Challenge.

More info about the competitions:

The team of “Sofia Car Motorsport” race in Zandvoort joined also the Dutch Prince Peter-Christian Van Oranje-Nassau. He drives with Hendrik Still and said he was very pleased with the vehicle.

One of the emblematic European runways, Red Bull Ring in Austria hosted the third race (5-7.06) and the most spectacular moment in the season. On the last meters before the finish of the second race after contact, Jörg viebahn with Aston Martin Vantage G1 and Rosen Daskalov with Sin R1 GT4 struck the guardrail and flew into the air in a very spectacular crash. Thanks to its robust and quality construction, Sin R1 GT4 kept its creator unscathed and showed that the team did a great job.

At the height of summer, another legendary track in Europe, Nuerburgring (16-18.08), Germany, brought together teams of European GT4 series in the next race of the season.
After the ban on the leadership for the German series pilot Hendrik Still (Class PRO) to compete alone, without a partner from class AM, there was a survey between al the teams whether they agree for Still to drive alone. All teams except for one, agreed, but concerning the situation, the management of “Sofia Car Motorsport” decided that the two cars Sin R1 GT4 will not participate in the competition.

The competition, which closed European GT4 series for the 2015 season took place on the track Misano (2-4.10), Italy.
The couple Hendrik Still / Andreas Gulden started from second position in the last race and kept a great pace I ne the whole competition and deserved the podium with second position.
This last podium for “Sofia Car Motorsport” commemorate completion of a truly exciting debut season and showed that Sin R1 GT4 has the potential to continue its development in the next season.

Over 80,000 spectators watched each of the European GT4 racing series for the season, and unique visits in You Tube were more than 6 400. Each of competition is supported with the 26-minute film, available on the electronic media, which can is seen on the Dutch TV RTL7, Motors TV, the website of the European GT4 series and the series channel on YouTube. Reports from all races of 2015 season were broadcast and BNT HD.